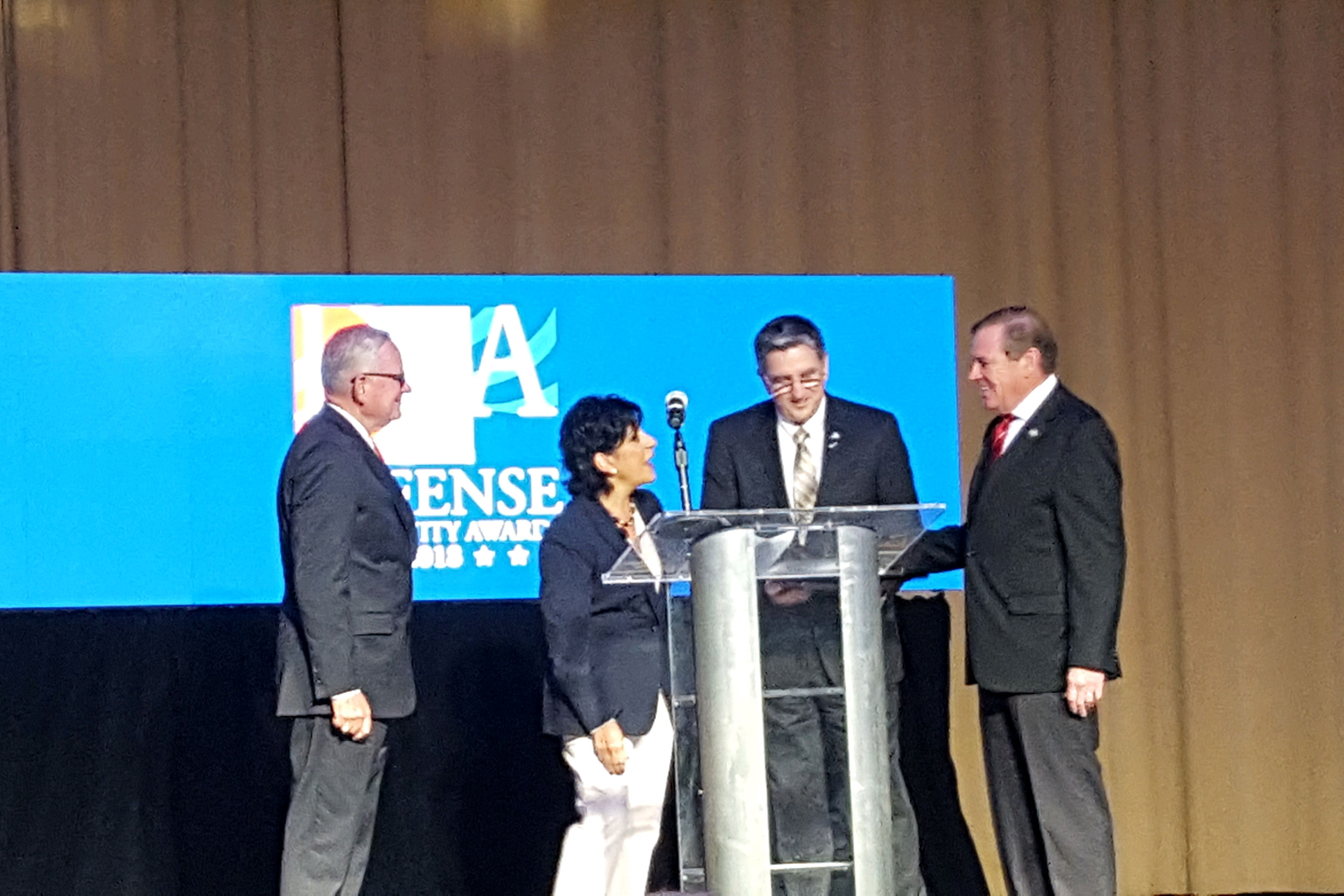 Bay Defense Alliance President Tom Neubauer has been honored with the 2018 Community Leadership Award from the Association of Defense Communities (ADC). He accepted the award at a special ceremony in Washington, D.C., during the 2018 Defense Communities National Summit Tuesday.

Neubauer is a longtime member of the Bay Defense Alliance, which was formed by the Bay County Chamber of Commerce during the first round of Base Realignment and Closure (BRAC). The organization’s mission is to build community and state support for Tyndall AFB and the Naval Support Activity Panama City. The alliance consists of community organization leaders and retired military personnel, including several former commanders of both installations.  He also serves as Vice Chairman of Florida’s Defense Support Task Force, a group dedicated to strengthening Florida’s defense-friendly reputation and the state’s installations and ranges.

“There is no question Tom’s work has helped transform the Bay County area and strengthen the community’s ties to Tyndall Air Force Base and Naval Support Activity Panama City,” ADC President Bill Parry said. “Under his leadership, Bay Defense Alliance has become one of the best examples in the country of how to bring community leaders, military families and installation commanders together around the shared mission of supporting military readiness.”

Neubauer’s dedication to supporting the Bay County area’s military mission comes from being around the military all his life. He and his wife are former “Air Force brats” whose fathers flew in war time, giving them both the desire to volunteer, while also working full-time running a real estate company.

“We all have the same amount of time, and the way I spend mine feels in no way like a sacrifice,” Neubauer said. “I love what I do and get an enormous amount of inspiration and support from the Bay Defense Alliance. I view that as a testament to our support for active duty personnel and veterans.”

Under Neubauer’s leadership, the Bay Defense Alliance has also worked for more than two years to help get Tyndall on the list of potential bases to bed down the Remotely Piloted Aircraft MQ9 headquarters and wing, which would include a headquarters, a mission control element, a launch and recovery element, 24 MQ-9 Reaper Aircraft and 1,603 military personnel. Tyndall was named the preferred alternative in November 2017 and the basing process, the first major step of which is an environmental impact statement, is underway.  According to Neubauer, “Tyndall was selected as the preferred location for RPA Base Y because it’s the best possible location for many reasons.  The project lead, Glen McDonald and the BDA Tyndall Team made sure those key attributes were at the forefront during the strategic basing process.”

ADC (www.defensecommunities.org) builds resilient communities that support America’s military. It is the nation’s leading association representing communities and states with a significant military presence and their partner organizations. It unites the diverse interests of communities, states, the private sector and the military on issues such as protecting defense infrastructure, community-military partnerships, defense real estate, mission growth, base redevelopment, and support for military families and veterans.

Watch the video of the ceremony!