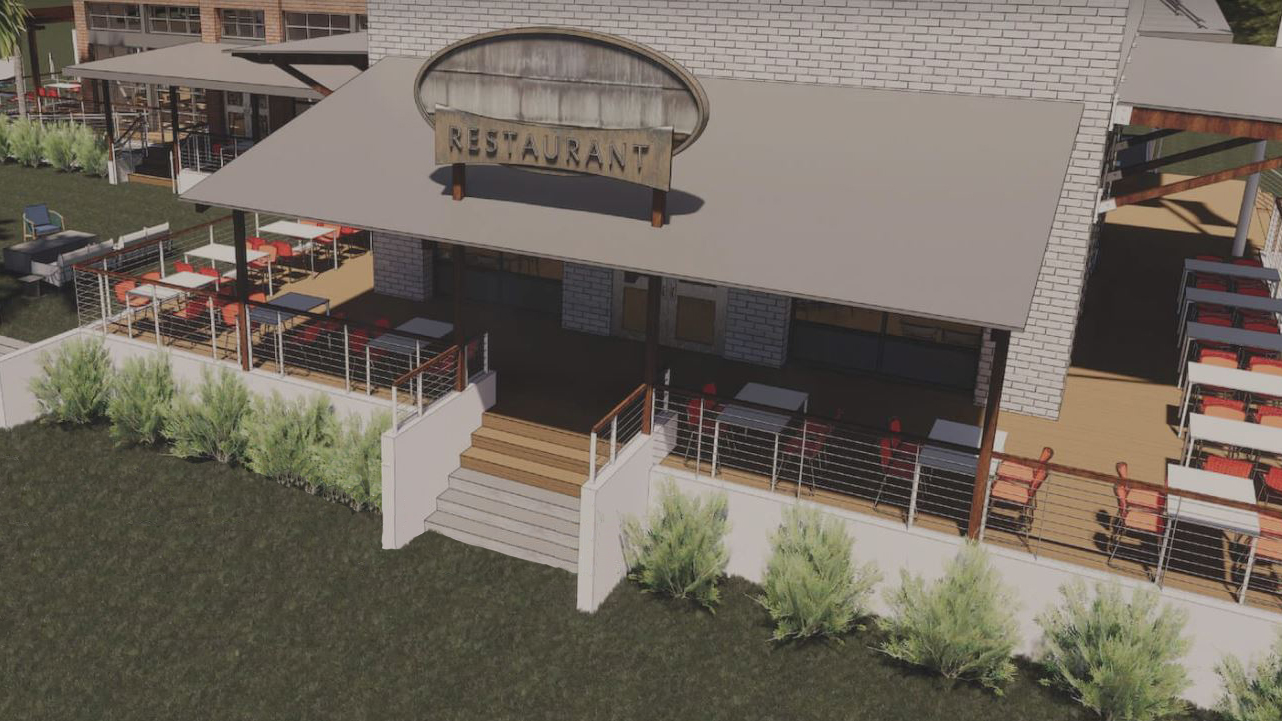 The St. Joe Company is excited to announce “Harrison’s Kitchen & Bar” will be the name of downtown Panama City’s newest waterfront district restaurant.

In late 2021 the local community was enlisted to nominate and then vote on potential names for the new restaurant, which overlooks the Panama City Marina and St. Andrews Bay. The name “Harrison’s” was nominated many times, and received broad support in the final voting. The name references both an early name for the town that grew to be called Panama City, and Harrison Avenue, the roadway that leads visitors through the heart of downtown Panama City and eventually to the restaurant’s doorstep.

The new restaurant’s brick construction with wood floors and industrial accents represents a nod to the Panama City Marina’s history as an important centerpiece of the downtown community, while the open space and large windows provide an airy feel and frame views of picturesque St. Andrews Bay. The restaurant’s cuisine will reflect the historic location as well, with dishes equally inspired by traditional Southern flavors and fresh Gulf seafood.

This waterfront restaurant will feature opportunities for outdoor dining, with both covered and open patio seating available. One of the restaurant’s inside focal points is a large oval bar, while outside bonus space will include a fireplace and room for games within the restaurant’s garden walls.

Representatives from The St. Joe Company say that involving the local community was an essential part of the planning process.

“A city’s downtown is part of its history and its lifeblood,” says Jorge Gonzalez, President & CEO of The St. Joe Company. “We think it’s fitting not only that the name chosen represents this area’s heritage, but also that the people of Panama City and Bay County helped to choose it. We want to create an anchor business that assists in the revitalization of downtown Panama City, but just as importantly, we hope Harrison’s will be a place where people come to relax, to enjoy good food, to meet friends and make memories.”

The restaurant is expected to open in the fall of 2022.