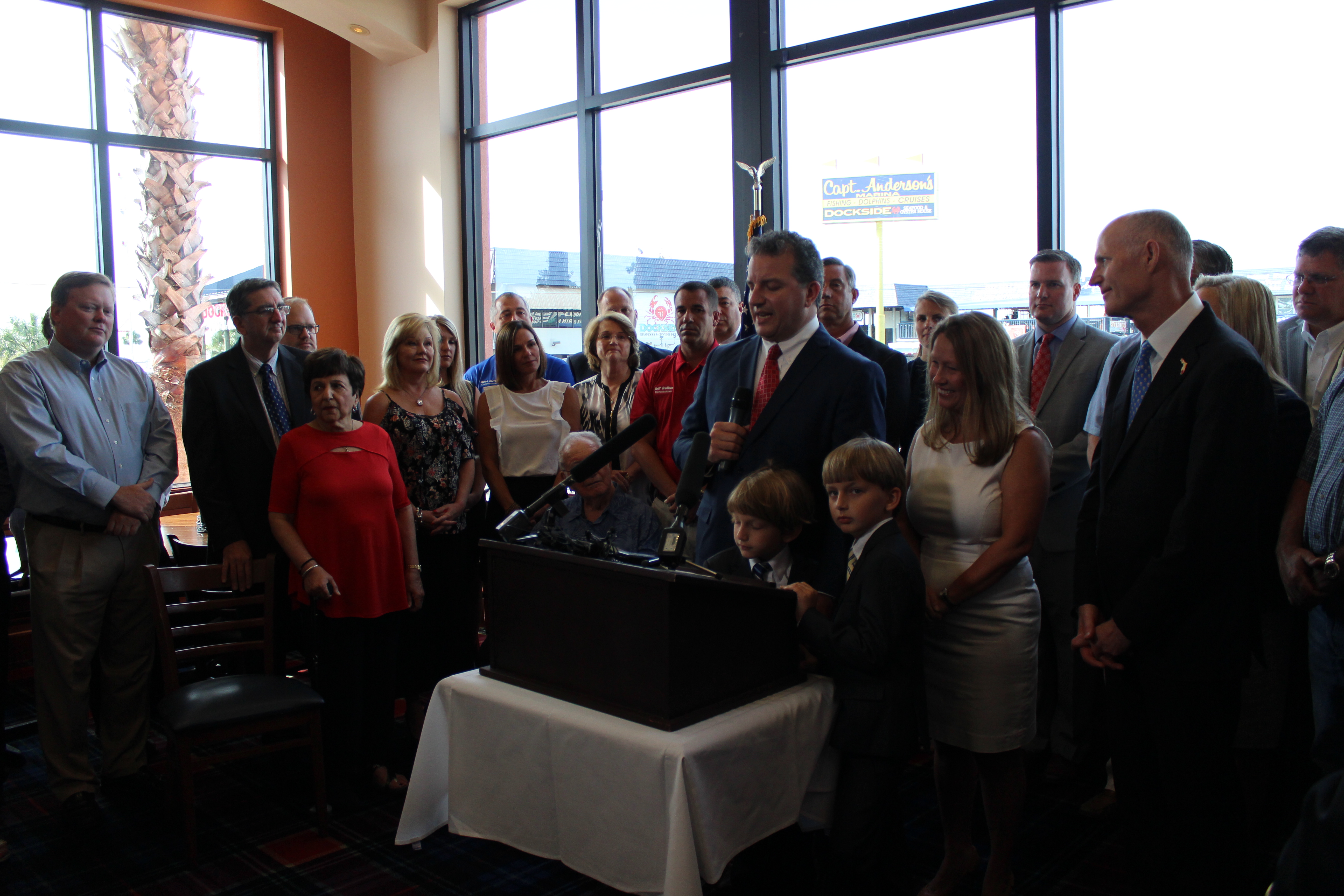 Governor Rick Scott appointed Jimmy Patronis as Florida’s next Chief Financial Officer. The announcement was made at Captain Anderson’s Restaurant in Panama City Monday. Patronis will be officially sworn in on June 30th in Tallahassee to replace current CFO, Jeff Atwater, who is leaving to pursue a position at Florida Atlantic University.

Governor Scott said “I am honored to appoint Jimmy Patronis as Florida’s Chief Financial Officer. As a small business owner, Jimmy has been a successful job creator and has helped grow Panama City’s economy. I know that he will bring his wealth of private sector experience with him to Tallahassee.”

CFO Appointee Jimmy Patronis said, “he is honored to be appointed as Florida’s next CFO,” and looks forward to continuing Governor Scott’s legacy of job growth and economic prosperity for our state. “I want every family in Florida to have the same opportunities that my family had,” said Patronis. “As Florida’s next CFO, I want Florida to be the place where government does its job fairly and predictably so workers can find great jobs at great businesses.”

Jimmy Patronis was born and raised in Panama City, Florida. He has helped run and operate Captain Anderson’s restaurant in Bay County for nearly his entire life. Jimmy served four terms in the Florida House of Representatives beginning in 2006. He was appointed to both the Florida Constitution Revision Commission and the Public Service Commission by Governor Scott. Jimmy attended Gulf State College and Florida State University.