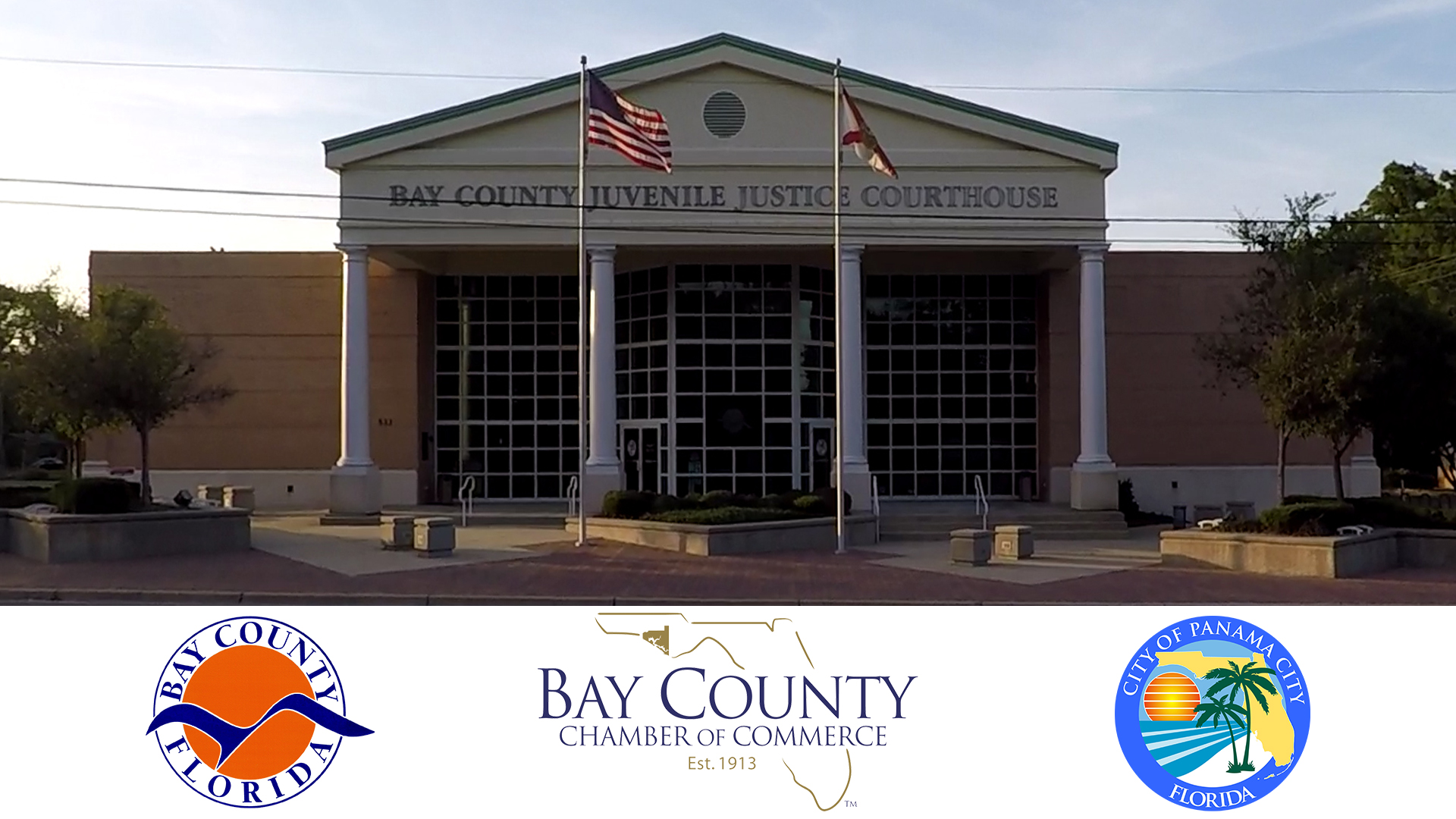 Panama City, Fla. – The Bay County Chamber of Commerce announces the General Services Administration (GSA) has approved and signed a lease with the Bay County Board of County Commissioners to continue federal operations in Panama City as of January 2019.

“This is news that our task force and the entire county has been eagerly awaiting,” Carol Roberts, President/CEO of the Bay County Chamber of Commerce said.  “Our team has worked tirelessly for the last 21 months on this project, and we are ecstatic that it is finally coming across the finish line.”

Per an agreement with GSA, federal operations will be moved to the site of the current Bay County Juvenile Courthouse, located at 533 E. 11th Street, in January. Juvenile justice operations will be temporarily relocated to the former city hall building at 9 Harrison Avenue. The money from the lease at the new federal courthouse building on 11th Street will be used to pay down the debt on that facility and help fund the construction of a new juvenile courthouse on the same campus as the Bay County Courthouse.

This effort was a collaboration of the Bay County Chamber of Commerce Federal Courthouse Taskforce, the City of Panama City and the Bay County Board of County Commissioners. The Chamber was made aware of the intended closure of the federal courthouse in November 2016. The closure of the facility would have resulted in the loss of 27 direct jobs and more than 100 indirect jobs in addition to the loss of more than $300,000 in annual income for the housing of federal inmates at the Bay County Jail. It would have also forced those involved with federal cases to drive to Tallahassee or Pensacola to handle business and hold court.

The History Behind the Effort

The news comes after nearly two years of coordinated community efforts led by the Bay County Chamber of Commerce. Discussion in November 2016 at the Board of Judges’ annual meeting confirmed that the lease on the federal courthouse, then located at 30 W. Government St., would not be renewed when it expired on Dec. 31, 2018. Additionally, federal officials denied a request for new courthouse space because, due to a vacancy, there was no resident federal judge in Panama City.

With closure of the federal courthouse seemingly inevitable, the Bay County Chamber formed the Panama City Federal Courthouse Task Force. The task force, chaired by Doug Smith and Waylon Thompson, consisted of local attorneys, concerned citizens, and Chamber staff.  It was formed to gather facts, explore all options, and work on a solution to keep the courthouse in Bay County.

Members of the task force entered into conversations with Chief Judge Casey M. Rodgers and met with Rep. Neal Dunn, M.D. and Sens. Bill Nelson and Marco Rubio, learning in the process to navigate the complicated federal system.

The task force learned the U.S. District Court’s Northern District of Florida included courthouses in Pensacola, Panama City, Tallahassee and Gainesville; no federal judges had chambers in the Panama City location; and two (of four) federal judge seats were vacant. Additionally, Bay County had no representation on the Judicial Nominating Committee (JNC), and the nomination deadline was quickly approaching.

Furthermore, the task force learned the federal appropriations deadline to secure continued Panama City Courthouse funding past the lease expiration date, regardless of the location, was a few short weeks away at that time.  No amount of effort could result in success without having secured funding from Washington D.C.

Continued support and community engagement efforts resulted in Chief Judge Rodgers writing a letter, on behalf of the Board of Judges, requesting the Circuit Council to reconsider their previous decision denying an exemption and that they approve an exemption from the current policy for the Panama City Courthouse.

Citizens from Bay County were nominated to fill seats on the JNC. Sens. Nelson and Rubio selected four Bay County nominees to serve on the JNC. In conjunction with Congressman Dunn’s efforts, former Congressman Steve Southerland with Capitol Hill Consulting in Washington D.C. lobbied for a full-time magistrate position and continued funding for the Panama City division. Their efforts were successful in securing report language to ensure funding would not be cut.

The taskforce also met with Bay County and Panama City officials during this time to find a viable option for the relocation of the courthouse. In June 2017, a “turn-key” building, the Bay County Juvenile Justice Courthouse, was proposed for lease. The county would then use the money from the lease to pay down the debt on the juvenile facility and build a new juvenile courthouse on the same campus as the Bay County Courthouse.

Bay County received notification in April 2018 that the juvenile justice facility met the minimum requirements, allowing a formal proposal for the Bay County Juvenile Courthouse as the new location for the federal courthouse.

While the new juvenile courthouse is being built, juvenile operations will temporarily move to the vacated Panama City City Hall located at 9 Harrison Ave.

The Federal Courthouse in Panama City is home to 27 direct jobs and more than 100 indirect jobs and generates an income of more than $300,000 annually through the housing of federal inmates at the local jail.