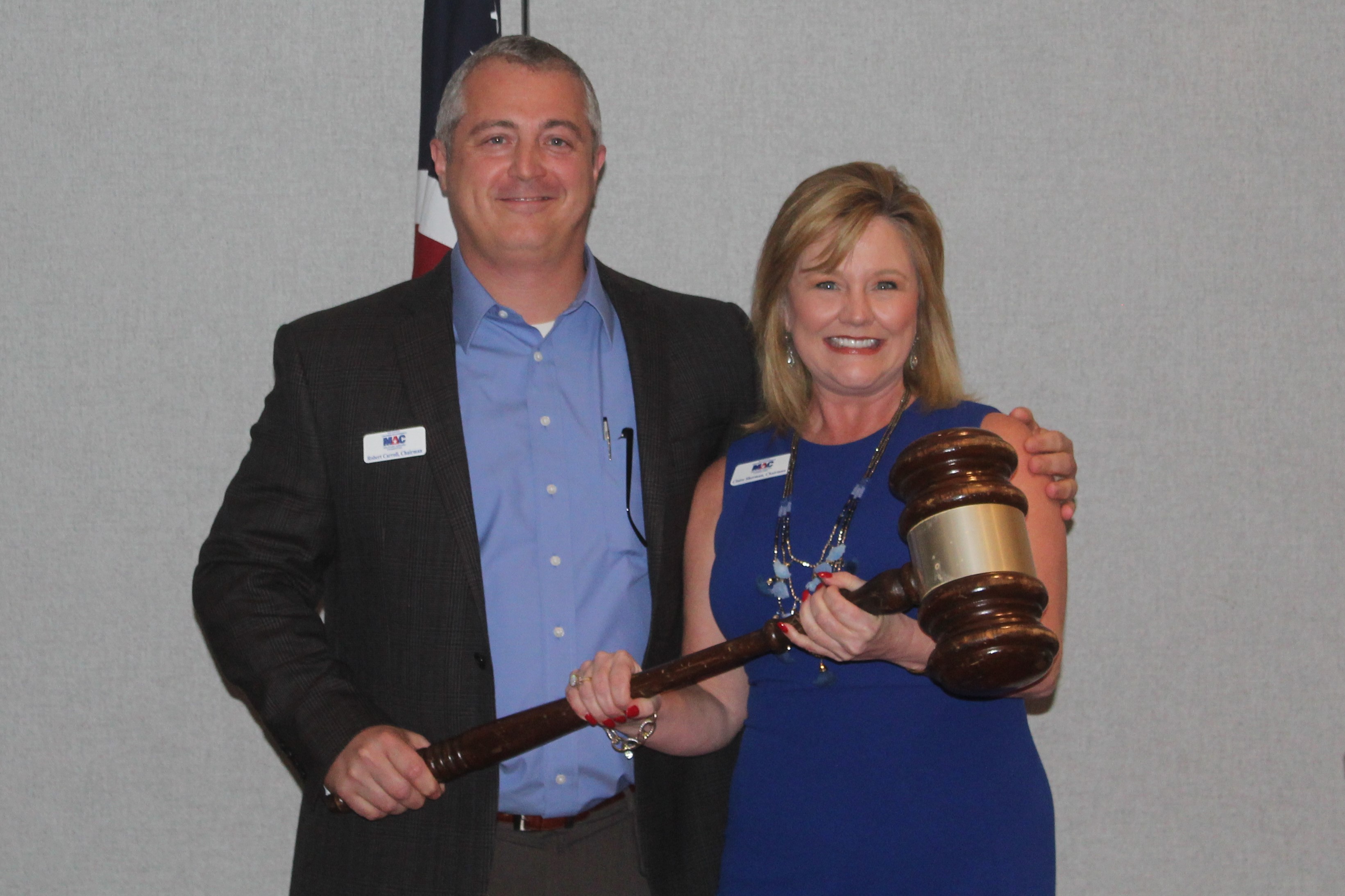 The Bay County Chamber of Commerce Military Affairs Committee is pleased to announce Claire Sherman, General Manager of Lamar Advertising Company, as the 2018 Military Affairs Committee (MAC) Chairman. Sherman officially began her term as Chairman during MAC’s annual Passing of the Gavel event where 2017 MAC Chairman, Robert Carroll, was honored. The event took place on January 9th, at 5:30 in the evening, at the Holiday Inn in Panama City, FL.

The Passing of the Gavel event is hosted for the outgoing Military Affairs Committee Chairman to recognize them for their dedication for serving in the capacity as chairman and to introduce and welcome the new MAC Chairman for the upcoming year. This is also an opportunity for the Commanders for Tyndall Air Force Base, First Air Force, Naval Support Activity and Naval Surface Warfare Center to recognize the outgoing MAC Chairman for their efforts.

The Military Affairs Committee is rich in the history of providing good public relations between our military bases and the business community. The MAC Mission is to develop understanding, support and good will between our men and women in uniform and our community. Click here to learn more.